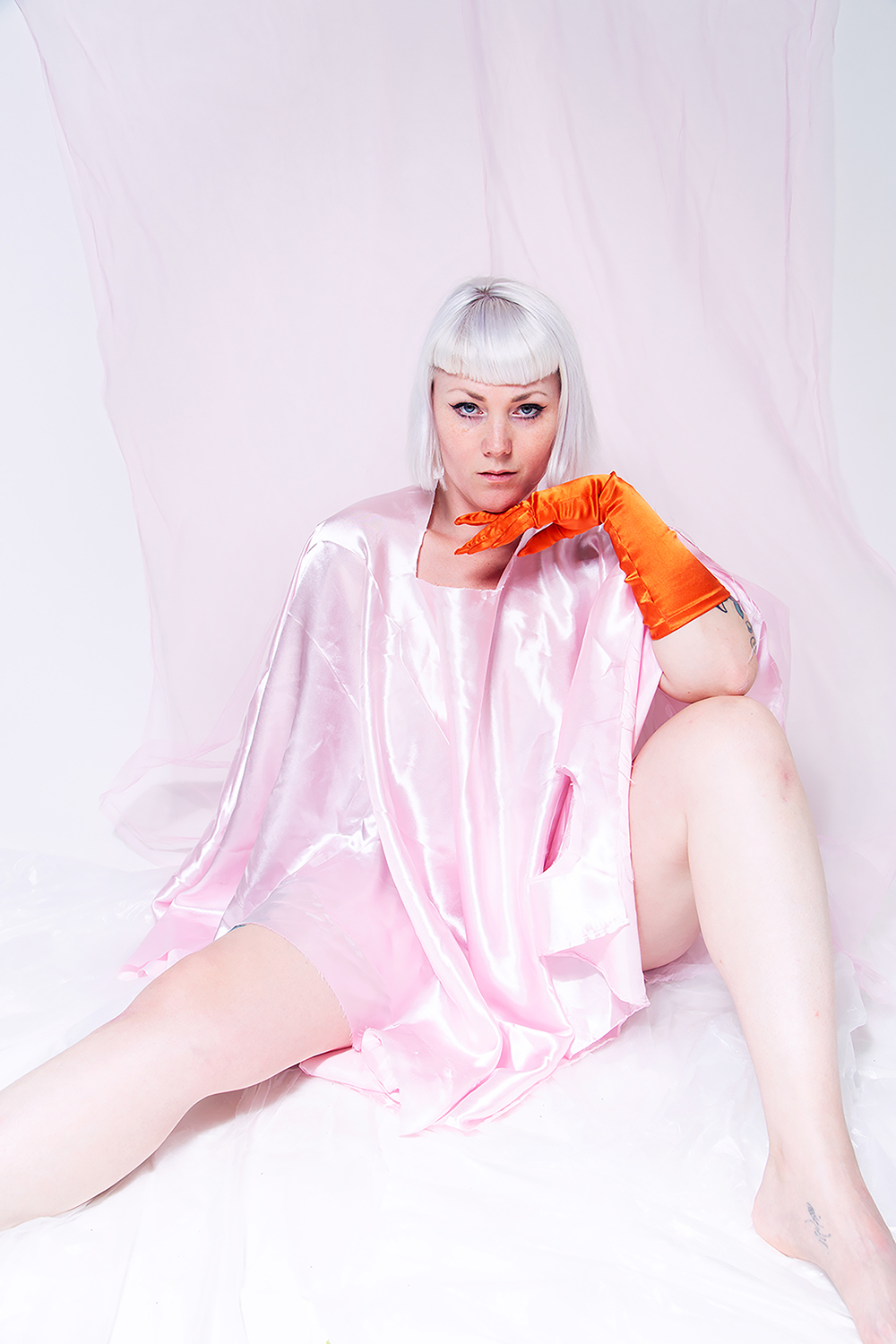 ” it’s about photographing from the heart and not apologizing for it. “

So many of the terms that can be used to describe the work of Daantje Bons seem contradictory, but make total sense when you see her images.

The playful subversiveness and pleasing aesthetics of Daantje Bons’ fine art photography draw the eye, but the inherent contradictions make these images resonate and linger in the mind. Their conceptual strength are no doubt a result of her extensive technical training, first at the SISA art academy in Antwerp and later at the prestigious AKV-St Joost art academy in Breda. Her work is contemporary feminist, in the sense that she reimagines femininity on her own terms, with humor and a sense of provocation.

The world has taken notice. Bons was nominated for “The Foam Paul Huf Award” (2018).  Recent exhibitions include a group exhibition “Power Mouth” in collaboration with Refinery29 and Make-up brand NARS at Protein Studio in London (2017), A solo exhibition ‘I want to show you something’ at the Verkadefabriek in ‘S Hertogenbosch, curated by Theo Audenard (2018) and a group exhibition campaign for The Vagina Museum Londen (2020)

Her work is prominently featured in Holland’s largest newspapers and magazines such as De Volkskrant, NRC Handelsblad and LINDA Magazine. Internationally, her work has been published in outlets such as “The Huffington Post”, “IGNANT”, “I-D Magazine”, VOGUE PORTUGAL Kurier, FRAME Magazine and “Refinery29”.

Daantje Bons’ images are like an angry middle finger in the middle of a field of daisies and buttercups. They are what would happen if one of art history’s countless classic nude female forms got behind the camera herself, and turned out to be just as clever an artist. They are a delightful new vision of what can happen when women become their own muse.

“Bons’ images are surprising, funny and often risqué — like a guide to puberty mixed with an untrustworthy recipe book with a surrealist twist.”

Another passion of Daantje is to collaborate with like-minded magazines, brands, journalists, companies and organizations.

Working together with different disciplines make a great way of creating unique views. Therefore Daantje will be very happy to get in touch with you or your company to inspire some more!

For inquiries please send an e-mail to: info@daantjebons.com